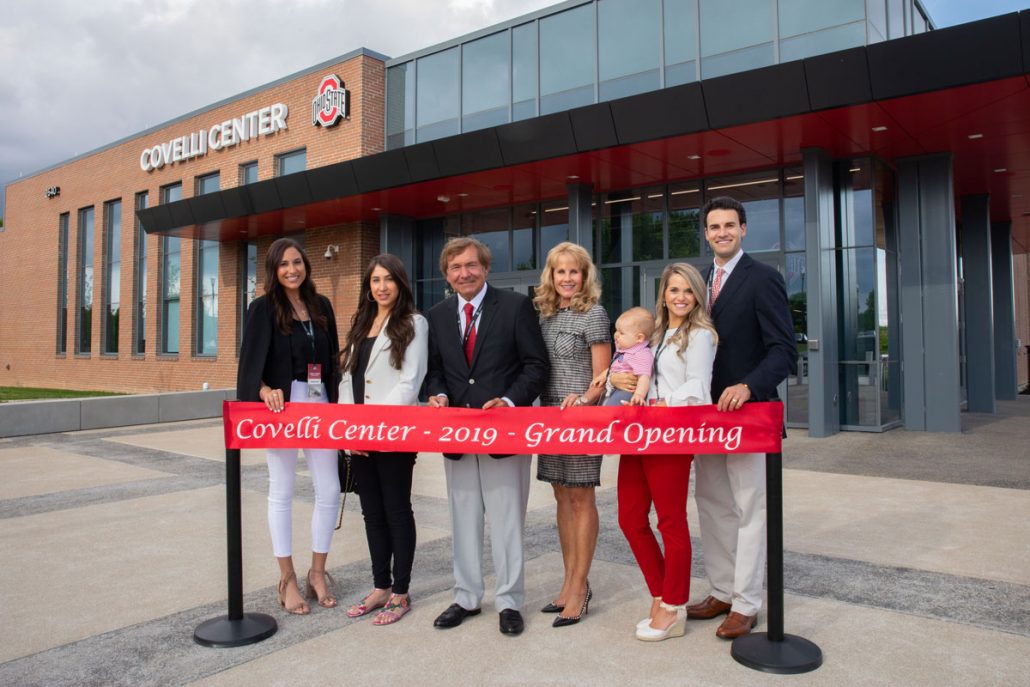 The Ohio State University Department of Athletics celebrated the Covelli Center grand opening Tuesday, June 18th as the newest edition to the Ohio State Athletics District. The Covelli Center will serve as a competition space for six varsity sports and over 150 student-athletes – projected to host at least 50 competitions annually in addition to numerous summer camps and Ohio high school tournaments.

The Covelli Center, a $48.9 million project funded entirely through private philanthropy, with Caryn and Sam Covelli at the forefront with their donation of $10 Million, provides a modern home for Ohio State student-athletes, coaches and staff. 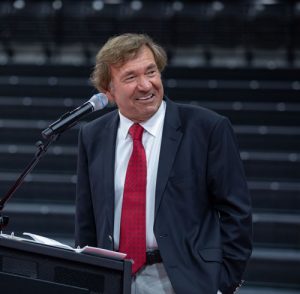 “It is an honor to be a part of new traditions at The Ohio State University, the preeminent university in the country in both academic and athletic excellence,” said Sam Covelli of Covelli Enterprises, the largest franchisee of Panera Bread. “We are proud to have our name associated with this state-of-the-art facility that will mean so much to thousands of student- athletes and fans for years to come.”

“None of this happens without the amazing Buckeye philanthropy that is a part of the Ohio State University’s pay-it-forward tradition,” Alex Fischer, university trustee and chairman of the master planning and facilities committee, said. “To all of those who have helped us, especially the Covelli Family, thank you.”

“When you walk into a place like Covelli, it’s impossible to not to be grateful,” said Geoff Carlston, head women’s volleyball coach. “So when we’re breaking bread, we’re talking about ‘what are you thankful for today? What are you grateful for?’ And all of them [student-athletes], at one point or another, have said this building, this space, the ability to be here.”

The Covelli Center replaces the Buckeyes’ previous location in St. John Arena which was built in 1956. This incredible addition to the Athletics District will have a transformational impact upon current and future student-athletes, continuing the Buckeye tradition of excellence for years to come. 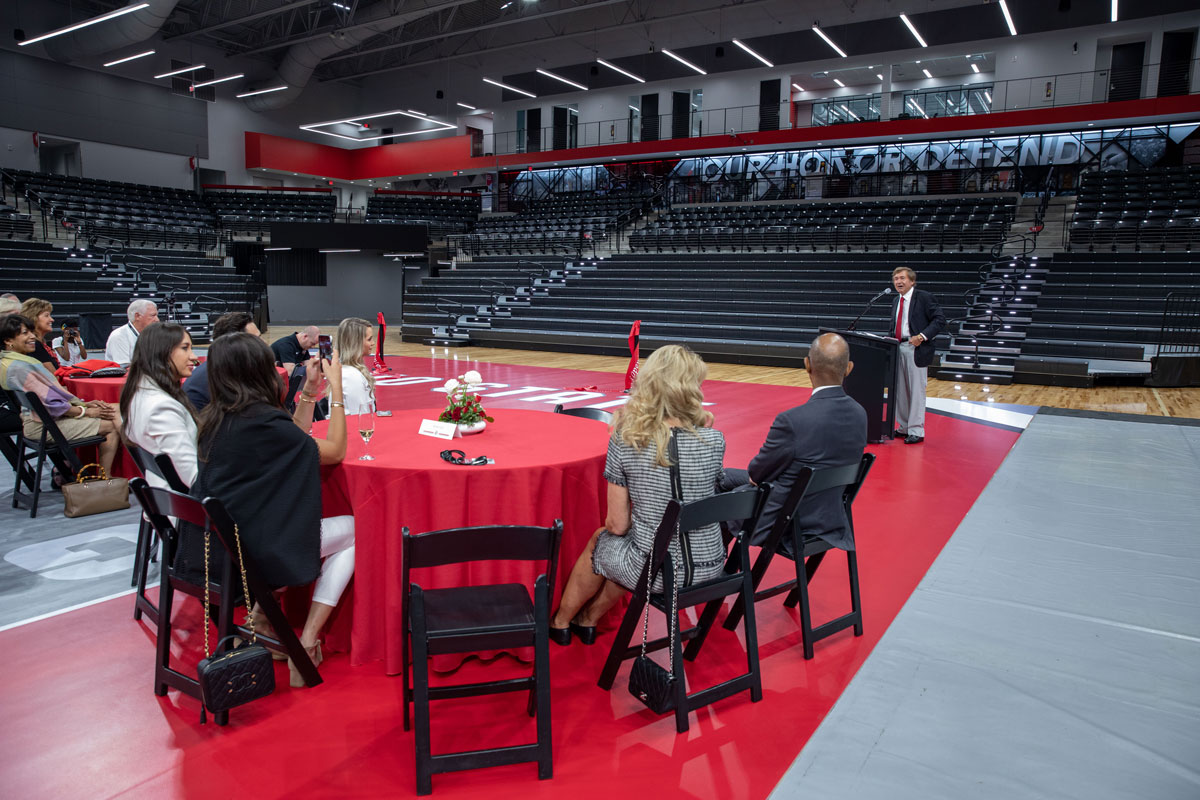 “I’m starting my first year as head coach in the best facility for a men’s volleyball program in the country,” Kevin Burch, head men’s volleyball coach said. “To be in a place like this, it was so well thought out, everything from the service space to the practice courts, to the amount of cameras and the technology that we have in here is second to none.”

The Music Behind the Man
Scroll to top